Doping polyethylene, the next superconductor?

Not all materials are metallic under pressure: tuning the gap !

In this work we present an application of density-functional theory for superconductors (SCDFT) to superconductivity in hydrogenated carbon nanotubes and fullerane (hydrogenated fullerene). We show that these systems are chemically similar to graphane (hydrogenated graphene) and like graphane, upon hole doping, develop a strong electron phonon coupling. This could lead to superconducting states with critical temperatures approaching 100 K. However this possibility depends crucially on if and how metallization is achieved.

(Left) Real space anomalous potential ∆ (R, s) (left) and order parameter χ (R, s) (center and right) as a function of the Cooper pair center of mass R. On the top (a–c) an xy cut of the tube and on the bottom (d–f) a vertical cut of the tube. The doping level (rigid shift) is indicated on the top. The value of the functions is given according to the colorscale in the center (left scale refers to the left plot and the two right scales to the two right plots. A white dashed line in the a–c plots indicates the cut shown on the (d–f) plots.

This work is dedicated to Hardy Gross who, not only jointly invented SCDFT, but also devoted a large effort to develop the theoretical framework into a fully functioning method, investigating functionals, extensions  and transforming it into a useful and predictive tool in material science. 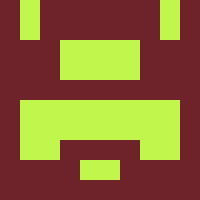