Supercomputers are indispensable in the research of superconductors, materials in which electricity flows without loss. Using simulations on CSCS supercomputer ‘Piz Daint’, an international team of researchers has now shown that physics has not been sufficiently considered in the study of superconductors made of so-called hydrides.

Caption: At the centre image, highly symmetric hydrogen cages enclose the lanthanum ions. The top sketch depicts a complex classical energy landscape that would correspond to distorted hydrogen cages. The bottom illustrates a wholly reshaped, much simpler, quantum energy landscape with a single structure: the Fm-3m phase of LaH10 at 250 K superconductor. (Image: José A. Flores-Livas)

More than 100 years after the ground-breaking discovery by Onnes, computer simulations are essential in the search of high-temperature superconductors, as simulations can provide estimates of promising materials. This saves experimental researchers time and resources. In recent years, the so-called hydrides — a composition of hydrogen with other elements — gave new hope to high-temperature superconductivity. Hundreds of stable hydrogen-rich compounds were predicted using modern ab initio calculations based on density functional theory (DFT).

In 2017, theoretical predictions pointed out that lanthanum and hydrogen (LaH10) could be a promising candidate for superconductors near room temperature. However, under pressures that are 230 million times higher than those of the atmosphere, 230 gigapascals, lanthanum and hydrogen should arrange themselves into a highly symmetrical crystal, which makes superconductivity possible. Experimentally, researchers succeeded in 2019 in producing this superconducting compound of lanthanum at a pressure of “only” 130 gigapascals, and superconductivity surprisingly took place at a temperature of 250 kelvin (- 23°Celsius) — this corresponds to the temperature of a conventional freezer.

An international research group led by José A. Flores-Livas, recently appointed Assistant Professor at the Department of Physics at the Sapienza University of Rome, has now clarified the discrepancy between theory and experiment using the supercomputer ‘Piz Daint’ at CSCS. The results of the study are published today in the scientific journal Nature [1].

For the first time, the scientists considered so-called protonic quantum fluctuations in the optimization of the crystalline structure. Quantum mechanics governs the motion of the electrons and nuclei; usually, for the latter, effects are not considered due to its complexity.  Introducing quantum mechanical fluctuations into the calculations — such as the protonic quantum fluctuation (associated with the energy of the nuclei) and its effect on the zero-point energy, the lowest possible energy that a quantum mechanical system may have — turn out to be essential to describe these types of superconductors accurately.

The simulation showed that protonic quantum fluctuations ‘hold’ the symmetric structure of LaH10 in the observed experimental pressure range. “The calculations show that if the nuclei of atoms are treated as classical particles, that is, as simple points in space, many distortions of the structure tend to lower the energy of the system”, Flores-Livas says. This means that the classical energy landscape of the simulated LaH10-crystal is very complex, with many local energy minima. “It looks like a highly deformed mattress, as though many people are standing on it.”

Superconducting critical temperature of LaH10: calculated versus the experimentally reported as a function of pressure. (Image: José A. Flores-Livas)

When the researchers treated the atoms (nuclei and electrons) like quantum objects, which are described with a delocalized wave function, the energy landscape completely reshapes and only one minimum is evident. “In an illustrative way, quantum effects get rid of everybody on the mattress, and only one foot remains to deform the mattress”, Flores-Livas explains. And exactly this deformation in the high-dimensional energy landscape corresponds to the highly symmetric structure of LaH10.

Furthermore, the estimations of the critical temperature — where superconductivity took place — using the new quantum energy landscape agree with the experimental evidence. This additionally supports the high-symmetry structure as responsible for the superconducting record. “The results demonstrate how protonic quantum fluctuations can stabilize crystal structures even at more than 100 gigapascals below their classical instability pressure”, Flores-Livas emphasizes. “Quantum effects stabilize crystal structures with substantial superconducting temperatures that would otherwise be unstable.” The scientists are convinced that these results give new hope for the discovery of high-temperature superconducting hydrogen compounds at much lower pressures than expected, maybe even approaching the ambient pressure.

The results call into question predictions of crystal structures of hydrides that were made without considering quantum fluctuations — this means in figures presumably from more than 100 publications, Flores-Livas says [2]. In addition, it could mean a setback for some experimental research work, which has tried to synthesise high-temperature superconductors based on classical simulation results. However, the improved simulations also present a challenge: “The price to be paid to ‘add’ the quantum mechanical fluctuation into the calculations is still elevated and only affordable for relatively small atomic systems and for a subset of pressures”, Flores-Livas says. “Our study would not be possible without the use of a supercomputer such as ‘Piz Daint’”. He sees a need for action in the improvement of algorithms, as well as further assumptions or different approximations to circumvent the computational overhead. “Protonic quantum fluctuations, anharmonicity and adiabaticity, among other phenomena, are also present at ambient conditions of pressure and temperature, and for many systems.”, Flores-Livas says. Therefore, one can argue that all compounds composed of hydrogen will suffer in a more or less dramatic way the consequences of quantum mechanical fluctuations, even at ambient pressure. 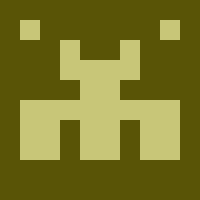